"I currently work as a sysadmin in servus.at and I have been facing tech-related questions on a daily basis for years from friends, colleagues and family. Sometimes I even cannot help myself but intervene without being asked. The questions are not always privacy related, but sometimes also purely practical.

Register to our freshly set-up matrix server anytime before 16:00, the location link to the room will be available ~60 minutes before the event. This will be a live, chatroom interpretation of an IAmA."

Ask me anything, or AMA in short, is a question and answer format that is used by the subreddit r/IAmA on Reddit. It is an open format where any Reddit user is invited to ask questions to the interviewee who has proven their identity to the moderation team. In the past even celebrity figures or important political figures such as Barack Obama have participated by holding an AMA on the platform, generating quite a bit of attraction.

During AMRO20, the festival team as well as workshop holders were challenged to rethink different ways to organize events as the only viable option was to go 100% digital in such short notice.

My original idea was to conduct an "interactive-talk" setting where participants could ask me whatever they would like to, after a short introduction of who I am and what I do; focusing on the topic of digital sovereignty and internet privacy within the context of compromises in terms of usability, technical literacy, and network effects such as professional trends; starting with the very fundamental differentiation of three mainline desktop operating systems: Windows, macOS and Linux.

When the physical event was canceled, I did not want to simply conduct a conference call to replace the interaction through a web conferencing interface, but instead wanted to introduce a setting that is rooted in, and designed around, internet based communities. To not reinvent the wheel all over again, I turned to one of the internet's most popular communities who hold Q&A events in Reddit's forum structure.

What separated the AMRO20 AMA from Reddit AMAs was that it was held in a real-time chat platform, namely on a Matrix server that was set up for the festival community to find digital spaces to interact with each other; rather than a discussion board with nested comments. This of course would prove very challenging if participation exceeded the expected 10-20 people, as it is not very easy to keep up with conversations that are in a constant flow, rather than Reddit-like comments that have a hierarchical static structure that can be sorted in different ways. 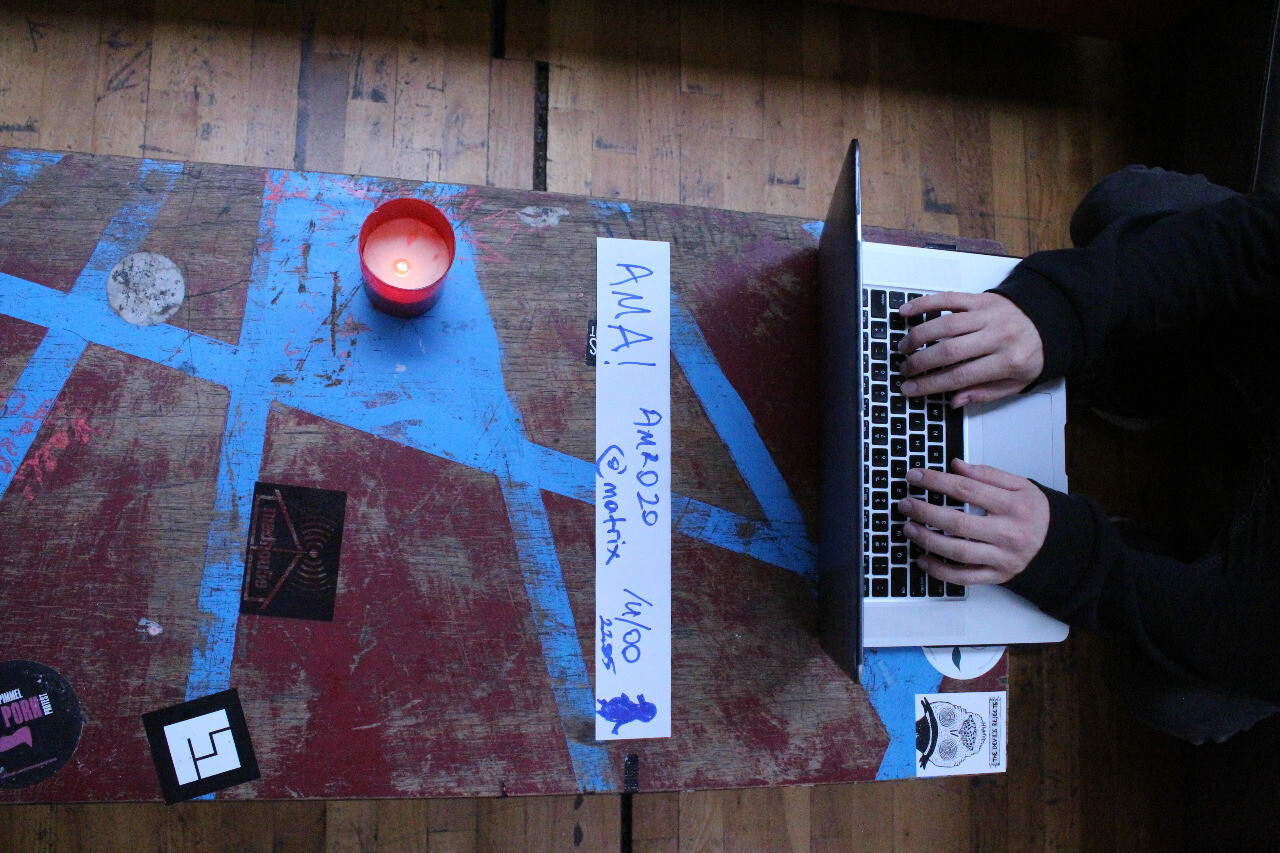